In recent years, Progressive Web Apps (most commonly known as PWAs) have emerged as the latest technology trend in the industry. Most tech giants today look to deliver the best web and mobile app experience for their customers and clients. In fact, both Google and Microsoft Corporation have expresses major interest and enthusiasm towards PWAs and have planned a strategy to include it in their mobile and web apps. Precisely speaking, both Google and Microsoft have planned to utilize PWAs to their organization’s advantage.

To understand how PWA can play a vital role in enhancing the mobile and web experience for users and these tech giants, we have compiled a detailed guide regarding PWAs and their impact. So, let’s begin!

What’s A Progressive Web App And What Are The Impacts?

Progressive Web Apps combine the power of native web and user experience in order to deliver the best in the application itself. In contrast to general web wrappers, PWAs have the capability to allow data synchronization behind the scenes and incorporate offline access to application’s data as well. To keep it short, PWAs are enhanced web application offering native capabilities as well as a progressive look and feel.

Some major criteria for developing progressive web apps, as defined by Google, are as following:

Google tends to improve its native app experience as well as web search results by utilizing PWAs and their features at their best. PWAs allow Google to easily rank websites on the basis of a number of crucial qualitative parameters. PWAs assist Google in meeting its requirements to bridge the well-known gap between mobile and web app experience.

By making use of the web URLs, providing access to contents and by installing apps on home screens, Google makes the most of all these exciting features of PWAs to deliver a seamless experience. The innovative app launcher, the capability to integrate with Android devices as well as the search function mark PWAs as a game changer in terms of Android user experience.

Why PWAs are important for Microsoft:

When talking about Windows 10, PWAs function just similar to regular apps. They support Cortana, Live Tiles as well as support notifications and are also accessible from the Start Menu, Chrome Menu and from the taskbar as a pinned app. Moreover, Microsoft Store can also be made to offer PWAs. PWAs tend to maximize the wide variety of apps that are available to current Windows users.

Perhaps, one of the major reasons that Microsoft is focusing upon PWAs is in hopes of re-emerging in the smartphone market with the help of its Andromeda device. So, in that case, Microsoft would preferably choose to enter the market with all PWAs instead of entering with no apps at hand.

These PWAs created by Microsoft will serve as a replacement for regular Android apps. Furthermore, a major portion of current Android apps are only available to Pixelbook and android devices. PWAs would eliminate that dependency as well since PWAs will be available to Windows Surface Phone devices as well.

So, to conclude things, employing PWAs is a complete win-win situation for both Google and Microsoft. Google gets the most of its web stuff, with supports to its anticipated Fushia strategy and ChromeOS strategy as well. Microsoft, on the other hand, gets a whole new series of apps ready for its new devices.

PWA – What does the future hold?

The revolutionary impact of PWAs on the web is something that can’t be neglected. Three different stakeholders are involved in PWAs namely the app developers, the end consumers and the business supporting the apps. Any app developed is bound to impact all the three parties in different ways. We have just furnished our new App Development San Diego office for the more engagement with the clients.

PWAs are bound to be the top priority for organizations based on the fact that they tend to save development cost while delivering a seamless, top-class, sophisticated and swift-loading experience at the same time.

At the moment of writing, the development cost of a native mobile app can vary from $50,000 to %100,000 depending upon the requirements. So, in terms of development cost, PWAs lead the charge as a small startup or a local business will always prefer to go for a quality PWA that is offering the native look and feel and consuming a small portion of the development cost as well.

At the developer’s end, PWAs come as handy as well. While building a complete native app from the total scratch can take so many tiresome hours of development, PWAs can be constituted as much better appealing and engaging apps, that too in quite less time than native apps.

Talking about consumers in the last, the tide shifts towards both pros and cons. Although PWAs are undoubtedly bringing a thrilling and seamless user experience for web and mobile apps, the end users who are already much acquainted with the smooth experience of specific native apps will definitely miss out on a lot of things. Nonetheless, PWAs are expected to reach high levels of success for businesses and startups that run on small scale. 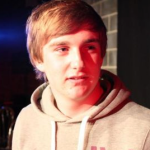 What DirecTV Is Presenting Astonishing This Year

Audio Visual Company Los Angeles: How to Find the Best

9Apps – An Incredible App Store To Download Apps And Software